My fab gift from Kathy, and some ridiculous coconuts

I wanted to show off this gift from Kathy Obrenski!! She gave it to me at the Chicago show, and wouldn't you know.....it's a tiered display of Halloween cookies!!! YAY!!!! Each piece is so lovingly made and so delicate- I love it!!!! Thank you, Kathy!!

The coconut heads are more weirdness from me ;-). 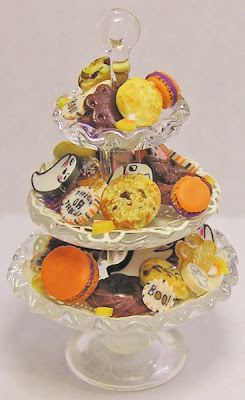 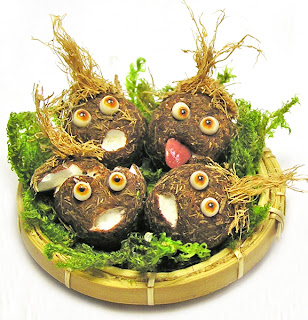 These guys are doing what the big guy above is doing: getting blasted! I am in the mood to make a very freaky aquarium...puffers, drunken squid, maybe some of my oysters with eyeballs?? All submerged in a watery wonderland :-D!! 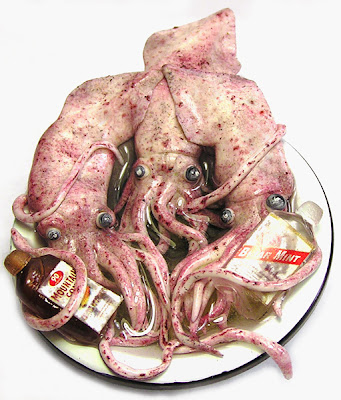 The march of the puffers

It's a puffer explosion!! Before I bring in my fairly NEW Toshiba laptop in for servicing (ie, hard drive replacement!), I thought I'd do one more quick post. Luckily, I have another laptop to use while my other one gets sent away. I've been on a puffer fish run, which kicked off when Martha Puff(er) asked for baskets of them for her voodoo shack. Now, look at what she has unleashed!!! They're taking over the planet!! vBut really, I love making them because they're goofy looking! 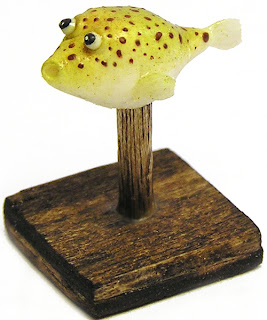 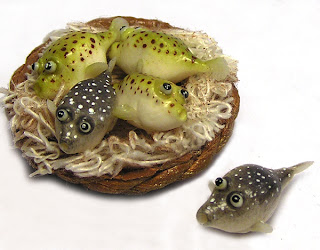 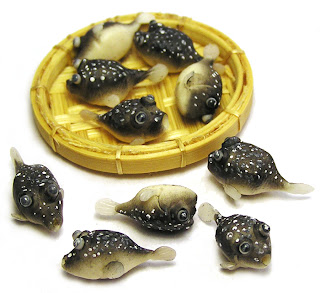 Kathy and Tim.....and me, looking like some weird interloper!

Kathy and Tim are adorable, but mom said I looked like a spy, haha!!!! The other video Lance shot was of 1/144 moving train sets.

More of the show, and getting tattooed...twice

Gifts for my sister and walking to a restaurant

This is still in that hallway. I spot some cute little flower pots and decide to get one for my sister (who asked me to bring something back for her. When she wants something, she just asks, no beating around the bush, haha!!). I ended up getting her several things- the flower pot, a tiny skeleton, a 1:144 wooden table and chairs, and a mouse, made by Kathi Kuti. The other video was shot on our way to a Greek Restaurant, which was very yummy, thanks to Lance's mad Yelping skills ;-).

Kathy and Tim Obrenski...and another video

I met Kathy (aka weelittlewest) and Tim Obrenski at the show!! Tim spotted me walking down a hallway and we immediately went outside to smoke, lol!!! He is quite a character :-D!! Inside, I met Kathy at her beautiful table and feasted my eyes on all her little marvels. I NEVER would have guessed that she had a stroke!! She looked fantastic and she had more energy than me and Lance combined!!!! Amazing...

I don't know what happened to the sound in that last video, but here's another. It's just me buying some fat quarters ;-) 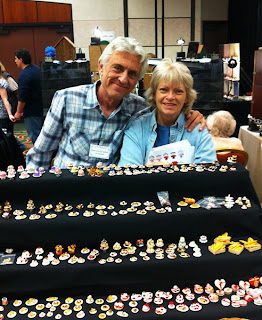 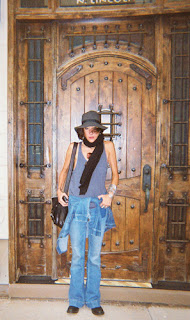 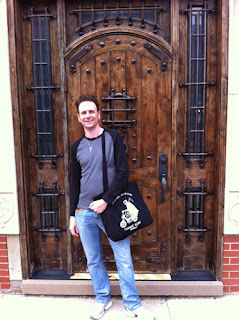 So, I cruised to the front page of etsy, as I am wont to do, and saw what looked like a wee structure (I get VERY excited when I see tiny, tiny things ;-)). When I clicked through, I discovered an avalanche of talent!! What I saw was part of an entire set of buildings in HO, ie, tiny, train scale size!! Call me crazy, but I've always wanted to shrink myself down and live in a model train world. The artist, Nicolas, had a penchant for model trains as a child, and made a series named The Hermitage, French Country Sanctuary. I HAD to have the entire set, plus the tiny monks!! He turned out to be one cool cat, by the way, and immediately set aside everything I wanted, so it will be MINE!!!

But wait, there's more!! He and his wife have THREE more shops on etsy, and they are all phenomenal!!
Thank you, Nicolas, for making me one happy girl ;-)!

Below is the sanctuary, plus other stellar examples of his work. 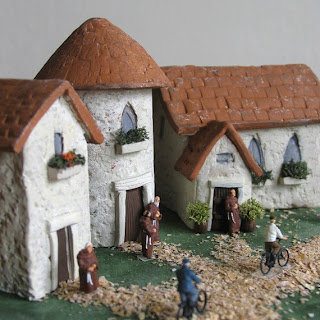 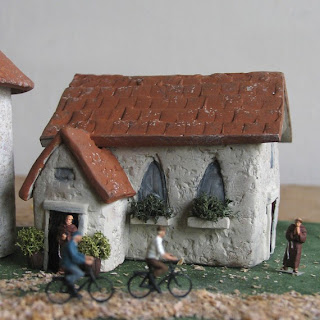 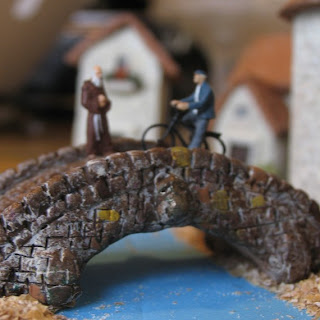 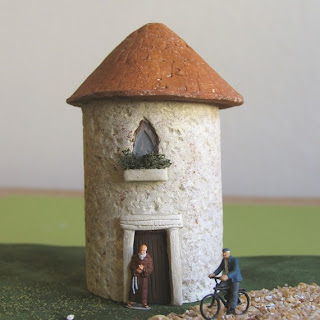 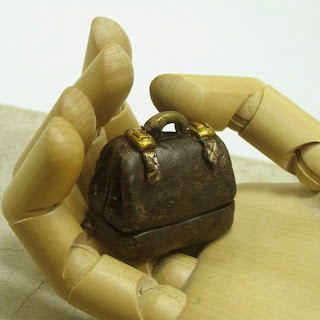 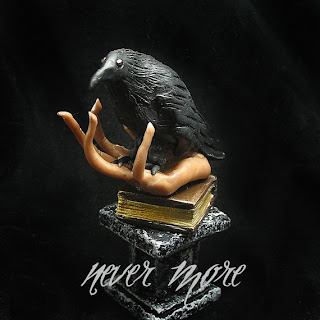 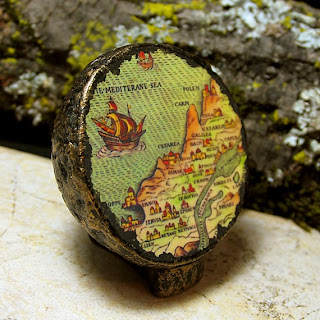 I ate turkey the other night so I decided to make one, plain and unadorned! This guy has thunder thighs. My mom likes to make a full Thanksgiving feast, but we have Thanksgiving about a dozen times a year!! She can't just make the turkey- it has to include the stuffing, the mashed potatoes, the yams...yep, the works. I come from a very food obsessed family ;-). 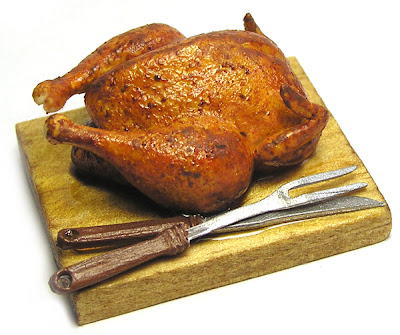