More goodies from Nicolas of bewilderandpine!!

Yay!! A big box came in the other day, but I wasn't aloud to open it :-/. I knew what it was, though! A gift from my sister, which I'm not allowed to even peek at until my birthday....aaaargh!! Pure torture!! It's from Nicolas at bewilderandpine on etsy, miniaturist extrordinaire, who specializes in train scale beautiosity (among other things ;-))!!
If you've seen a couple of previous posts, you'll know that I lust for his pieces, and have acquired several. This time, I got a windmill and a Japanese tea house, pictured below.

Nicolas also has a brand new blog!! Check it out!! 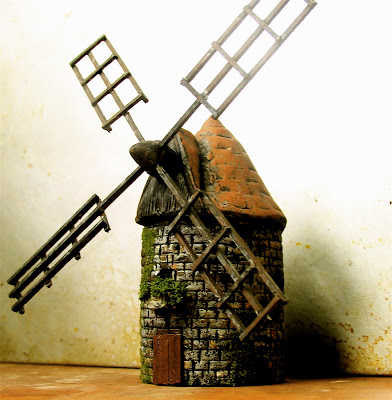 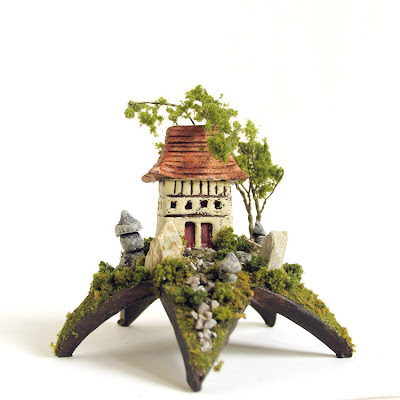